The European legal concept of fiscal neutrality is all about ensuring that taxation and government spending do not create bumps in level competitive playing fields. That principle was very much to the fore in a ground-breaking decision which represented a significant victory for the gambling industry. 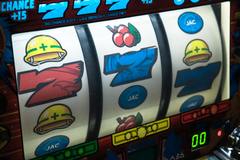 Betting, lotteries and other forms of gambling are generally exempt from VAT but a change in UK legislation in December 2005 resulted in supplies of gambling via Fixed Odds Betting Terminals (FOBTs) become standard rated for VAT. That meant, for example, that a game of roulette was exempt from VAT when played online, in a casino or on an electronic roulette machine, but standard rated when played on an FOBT. It was not until January 2013 that a further legislative change restored VAT exemption in respect of FOBTs.

After a gaming company launched proceedings, the First-tier Tribunal (FTT) found that the differential treatment of FOBTs for the period of about seven years between the two legislative changes offended against the principle of fiscal neutrality. That ruling opened the way for the company and numerous other gambling operators in the same position to seek very substantial VAT rebates.

In dismissing HM Revenue and Customs’ appeal against that outcome, the Upper Tribunal (UT) upheld the FTT’s conclusion that gambling via FOBTs is inherently similar to gambling by other means and that treating FOBTs differently for VAT purposes was contrary to the fiscal neutrality principle.

In reaching that conclusion, the FTT was not required to hear detailed evidence concerning the reasons why individual consumers of gambling supplies might prefer using FOBTs over other forms of gaming media. It was entitled to give weight to the actual behaviour of such consumers and the choices they actually made.

The UT noted that the critical factor in determining whether a different VAT treatment between two supplies offends against fiscal neutrality is not an assessment of the needs of average consumers, let alone individual consumers. Rather the correct test, accurately applied by the FTT, is whether two compared supplies are sufficiently similar from the point of view of average consumers and their needs.