English judges increasingly recognise the validity of pre-nuptial agreements. As a High Court ruling showed, however, they are far more likely to be considered not worth the paper they are written on if they are signed without legal advice. 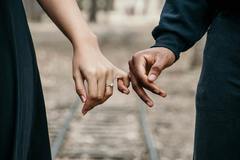 The case concerned a former couple whose marriage lasted about six years. The husband was past retirement age when they divorced and the wife was in her 50s. She was a successful businesswoman, with assets of around £3 million, whereas he was effectively penniless and had since been declared bankrupt.

Five days before their wedding, they had entered into a pre-nuptial agreement to the effect that each of them would retain what assets they had and that there would be no mixing of any future property they obtained. He said that the agreement was entirely her idea and that he was taken by surprise. She, however, insisted that they had fully discussed the agreement before signing it.

Ruling on the financial consequences of their divorce, the Court observed that the agreement, which was executed abroad, had been witnessed by a notary. However, there was no process of prior disclosure of the couple’s respective financial positions and neither of them received any independent legal advice.

If given effect, the Court noted that the agreement would result in the husband being left with no assets and in a position of real financial need. On the other hand, the wife, who had a net income in excess of £100,000, would continue to have the same comfortable lifestyle that they enjoyed during the marriage. In those circumstances, the Court found that the pre-nuptial agreement was of no value.

In order to meet the husband’s reasonable needs, the wife was ordered to transfer to him 60 per cent of her pension, thus providing him with a modest income. She was also directed to pay him a £270,000 lump sum to cover his outstanding legal fees and other debts, thus enabling his discharge from bankruptcy. The husband was awarded a further £375,000 so that he could buy a mortgage-free two-bedroom flat. The latter sum would revert to the wife when he no longer needed the property as his home.