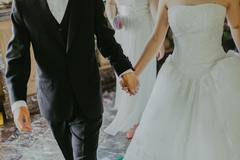 In order to be divorced you obviously have to be validly married, and bigamy remains a surprisingly common occurrence. In one case, the High Court found that a couple’s overseas wedding did not render them husband and wife – because she was already married to someone else.

A British solicitor and a Philippines-born nurse went through a wedding ceremony in a hotel in her homeland. After they returned to England, they lived together as man and wife and had two children together. She worked in the NHS and became a British citizen. Following their separation, she petitioned for divorce. He, however, argued that their apparent marriage was bigamous and therefore a nullity.

The woman argued that their marriage met all the requirements of Filipino law and that they had treated it as valid throughout their relationship. His opposition to her divorce petition was, she claimed, an attempt to gain financial leverage over her. The ceremony which she had been through with another man over 10 years previously was not a marriage but an informal celebration of their relationship. That man had abandoned her and moved to the USA, where he was recognised as single.

The Court noted that neither the woman nor the man had emerged from the dispute with much credit. She had always believed that her previous marriage was valid and he had adopted a manipulative and unattractive stance in asserting his willingness to accept a divorce so long as there were no financial consequences for him.

In dismissing the woman’s divorce petition and granting the man a decree of nullity, the Court found that her previous marriage to the other man was valid under Filipino law. She remained the other man’s wife on the date that she purported to marry the solicitor and their bigamous marriage was therefore void from the outset. The Court noted that, by virtue of the Legitimacy Act 1976, its ruling did not affect the legitimate status of the former couple’s children.