A woman whose hopes of bearing children were stymied by medical staff’s failure to detect early signs of cervical cancer has won the right to substantial damages – including the reasonable cost of funding commercial surrogacy arrangements in California. The Supreme Court’s ruling on the case recognised a fundamental shift in the law’s idea of what constitutes a family and the urgent need for reform of UK surrogacy rules. 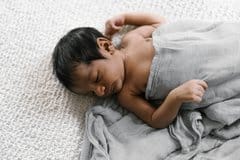 Although the woman, then aged in her 20s, underwent a number of smear tests and biopsies, ominous signs were repeatedly missed. By the time her cancer was diagnosed, it was too advanced for her to undergo surgery that would have preserved her ability to bear a child. After being informed that chemotherapy and radiotherapy would end any such hope, she had eight of her eggs frozen.

After the relevant NHS trust admitted liability for the diagnostic failures, the woman’s case focused on the amount of compensation she should receive for the loss of her ability to bear her own children. A judge awarded her the costs of two surrogacies in the UK, using her own eggs. The Court of Appeal, however, later ruled that she was also entitled to recover the costs of donor-egg surrogacy arrangements in California.

Dismissing the trust’s appeal against that outcome, the Supreme Court noted that commercial surrogacy arrangements are banned in the UK. The Surrogacy Arrangements Act 1985 renders it a crime for third parties to initiate or take part in negotiations with a view to making commercial surrogacy arrangements. Even non-commercial arrangements are entirely unenforceable so that a surrogate mother is always viewed as the child’s legal parent until such time as a judge makes a parental order transferring legal parenthood to the commissioning parents.

The Court observed, however, that offences under the Act can only be committed in the UK, so there is nothing to prevent agencies that are based abroad making commercial surrogacy arrangements abroad. The ban also does not extend to commissioning parents and surrogate mothers themselves and nothing that the woman proposed to do would amount to a criminal offence, either in the UK or in California, where commercial surrogacies are permitted.

Noting that the objective of compensation was to place the woman as nearly as possible in the same position that she would have been in had she not suffered injury, the Court could detect nothing unreasonable in her recovering the costs of surrogacy arrangements using her own eggs. The view that she was not entitled to the costs of donor-egg surrogacies – on the basis that they would not restore the fertility that she had lost – was also certainly wrong in the light of dramatic developments in the law’s idea of what constitutes a family.

Turning to the proposed Californian commercial surrogacy arrangements, the Court acknowledged that UK courts will not enforce foreign contracts if they are contrary to public policy. However, judges had in recent years striven to recognise relationships created by surrogacy. Such recognition is now supported by government policy and assisted reproduction has become widespread and socially acceptable. The Law Commission had proposed reforms which would enable the child of a surrogacy to be recognised as the commissioning parents’ child from the moment of birth.

The Court concluded that awards of damages in respect of foreign commercial surrogacies could no longer be viewed as contrary to public policy. Funding for such arrangments could be recovered so long as they were reasonable, both clinically and in terms of cost. The Court’s ruling paved the way for a final assessment of the woman’s damages award.