So-called ‘gentlemen’s agreements’ which have not been professionally drafted are unlikely to be worth the paper they are written on. That was certainly so in the case of a woman who claimed that an ex-boyfriend had promised to pay her £50,000 a year, index-linked for life, after she gave birth to his daughter. 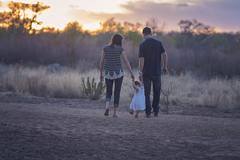 Following the end of their relationship, the woman received a handwritten document from her ex which, on the face of it, guaranteed that he would pay her that annual sum by quarterly instalments. She claimed that the man had also said words to the effect that the document was ‘as good as a bank note’ and that he would in future treat her ‘as a wife or ex-wife’.

Many years after the document was written, the woman launched proceedings with a view to enforcing its terms. In defending the claim, the man described the document as ‘an agreement of sorts’. He said that he had written it to give some comfort to the woman but that he had not intended to make any promise that would be binding in law. Had that been his intention, he said he would have consulted a lawyer first.

In dismissing the woman’s claim, the High Court noted that the document stated on its face that the payments exceeded any legal obligations the man might have and that he was acting out of ‘love and kindness’. Although the document was designed to look like a legal agreement, using formal language, the man had intended no more than a non-binding gentleman’s agreement.

Ambiguities in the document – including as to index-linking and whether the woman’s household expenses would be paid in addition to the £50,000 a year – also weighed against it having binding effect. It was in any event inherently unlikely that the man would have agreed to pay such sums on an open-ended basis for the whole of the woman’s life.

The woman’s claim that the man had made a subsequent binding promise to pay her £200,000 was also rejected. The evidence indicated that that assurance, made in the context of child contact proceedings in a foreign jurisdiction, had been given for the benefit not of the woman but of the former couple’s daughter. Even had a promise been made for the woman’s benefit, it would have lacked contractual force in that there had been no intention to create legal relations.