Relationships are supposed to be between equals and, if you are being subjected to coercion or control by your partner, the criminal law will come to your aid. In a case on point, the Court of Appeal imposed a stiff prison sentence on an overbearing boyfriend who made his partner’s life a misery. 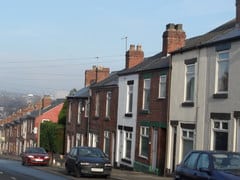 The man swiftly moved into the vulnerable woman’s home after they met on a dating website. He subsequently sought to take complete control of her life. Amongst other things, he obsessively accused her of seeing other men and told her what she should wear. He monitored her mobile phone and sought to restrict her contact with her friends and family, particularly her twin sister.

He subjected her to physical violence, on one occasion stabbing her with a penknife, and damaged her possessions when he was in a rage. When away from her, he telephoned her 60 to 70 times daily, demanding to know her movements. Although his behaviour was punctuated by apologies, it continued for four months unabated.

After his arrest and release on bail, subject to a condition that he make no attempt to contact her, he went straight to her address. He broke in, taking her car keys and driving away in her vehicle without permission. He then went to her sister’s home, where she was taking refuge, and damaged the front door.

Following his prosecution, he pleaded guilty to engaging in controlling or coercive behaviour in an intimate or family relationship, taking her car without authority and damaging property. He received a 24-month community sentence, with conditions attached requiring that he undergo rehabilitation and live in approved premises. He also received an indefinite restraining order, banning him from contacting the woman or her sister and from going to the woman’s address.

In upholding a challenge to the community sentence brought by the Solicitor General, the Court found that it was unduly lenient. His victim was humiliated and degraded by his behaviour and, before he met her, he already had a very bad record of violent and oppressive offending towards former partners. Finding that he clearly posed a high risk to intimate partners, the Court re-sentenced him to three years’ immediate imprisonment.