The desirability of preserving heritage assets carries great, often decisive, weight in the planning process. In a case on point, the High Court scotched plans to erect a 32-storey tower block within sight of Kew Gardens. 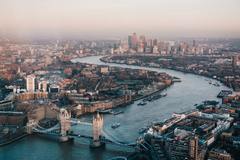 The owner of a strategic site on the other side of the Thames from Kew wished to build a 120-metre-high tower which would provide 327 residential units, 116 of them affordable, together with office and retail space and associated amenities. The local authority refused planning permission but, following a public inquiry, a government inspector recommended that consent be granted.

Despite fierce objections from the Royal Botanic Gardens, Kew, the inspector was enthusiastic about the proposed building’s design, describing it as a landmark and beacon which showed refreshing architectural verve. He said that it represented a quite brilliant response to the difficult problems posed by the site and found that the impact on Kew Palace, the gardens’ iconic Palm House and other heritage assets would be less than substantial.

The Secretary of State for Housing, Communities and Local Government, however, took a different view and dismissed the landowner’s appeal. He was less glowing about the building’s design, saying that its mass and scale would dominate the surrounding area. He gave the benefits of the proposal in providing high-quality homes and office space only moderate weight, compared with the great weight he attached to the prevention of harm to heritage assets.

In dismissing the landowner’s challenge to that decision, the Court found that the Secretary of State took proper account of the fact that the site already had planning consent for a 13-storey office block which could still be implemented. That block, if built, would not be visible from the heritage assets.

Also rejected was the landowner’s plea that the Secretary of State was wrong to give only limited weight to an emerging London-wide planning policy which favoured residential and office developments in the area. In the exercise of his independent planning judgment, he was entitled to disagree with the inspector.