Unexplained wealth orders (UWOs) impinge on the right of individuals to treat their finances as a private matter. However, as a High Court ruling made plain, they are justified as an essential investigatory tool in the fight to stop the property market being used to launder the profits of organised crime. 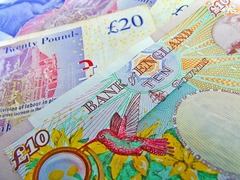 The case concerned a man who, either as an individual or through companies he controlled, was alleged to own a number of residential and commercial properties valued at close to £10 million. In seeking a UWO against him, the National Crime Agency (NCA) argued that his purported property development business was a front used to launder the profits generated by organised gangs engaged in serious crime.

In granting the UWO sought, the Court found that the requirements for making such an order, laid down by the Criminal Finances Act 2017, had been amply met. The NCA had reasonable grounds for suspecting that the properties could not have been purchased from the man’s known sources of lawfully obtained income and that he was in truth a professional enabler engaged in laundering gangsters’ profits from crimes including drug dealing, firearms offences and fraud.

The UWO required the man, who had never been convicted of any criminal offence, to formally state the nature and extent of his interest in the properties and to explain exactly how, and with what resources, they were obtained. Interim freezing orders were also issued against the man and six companies he controlled in order to prevent the sale or any other dealings in the properties pending completion of the NCA’s investigation.