Restraining Orders Must Be Necessary to Be Lawful, Court of Appeal Rules

Restraining orders are an essential means by which innocent people are protected against harassment or fear of violence. However, they impinge on the freedom of those against whom they are made and the Court of Appeal has emphasised in a guideline case that they must only be deployed where necessary. 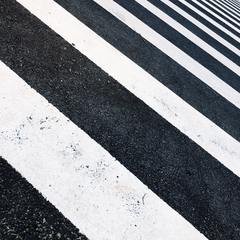 The case concerned an accident in which a car struck and injured a 14-year-old boy as he was crossing the road with his push scooter. The driver subsequently pleaded guilty to a number of offences, including aggravated vehicle taking and dangerous driving, and received a 15-month term of imprisonment.

The judge who sentenced him also imposed a restraining order under the Protection from Harassment Act 1997 by which he was forbidden, for a five-year period, from having any contact with the boy. That was in response to the boy’s statement that he was scared of the driver, who lived in the same neighbourhood and had a long list of previous convictions, including for eight public order offences.

In upholding the driver’s appeal against that order, the Court ruled that it could only be viewed as necessary if there was at least a likelihood that, unless restrained, he would conduct himself in a manner which caused harassment or fear of violence. During six months that he had spent on bail prior to sentencing, he had made no attempt to contact the boy, who was previously unknown to him.

The Court observed that merely saying hello to the boy, or proffering an apology if he happened to bump into him, would breach the order but would not of itself amount to an act of harassment on the driver’s part. In the absence of evidence that he had any malign intent towards the boy, the order was unnecessary and, therefore, wrong in principle. The Court, however, emphasised that it was not condoning the driver approaching the boy or speaking to him. Such an unwelcome course, if it went too far, would inevitably result in his arrest.