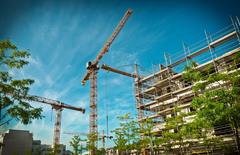 Service contracts between companies are nevertheless all about people and often require the involvement of named key individuals in their performance. Employees come and go, however, and a High Court ruling in the context of a property management dispute revealed the risks innate in such arrangements.

After purchasing a newly constructed building, a property investment company entered into agreements with two linked property management companies. The latter, whose task it was to recruit tenants for the property and to promote its onward sale, were entitled to fees for their services together with a share of any profit made on such a sale.

The agreements specified one of the management companies’ senior employees as a key person who would be heavily involved in the project. He was, amongst other things, required to attend meetings and to devote his time to achieving a successful outcome. Detailed provision was made in respect of steps that the management companies were required to take if his replacement proved necessary.

After the employee resigned, the investment company purported to terminate the agreements with immediate effect on the basis that it had not been consulted as required and that no replacement key person of comparable expertise and experience had been procured or appointed by the management companies within the permitted timescales. The management companies responded by launching proceedings, seeking damages for alleged unlawful termination of the agreements.