You do not have to be in prison to be imprisoned. The accuracy of that statement was confirmed by the Supreme Court as it upheld an award of damages to an immigrant who was for years subjected to an unlawful home curfew. 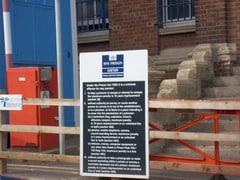 On being released on bail from immigration detention, the man was served with a notice of restriction on behalf of the Home Secretary. He was required to report to an immigration officer three times a week, to live at specified address, to submit to electronic tagging and to stay at home every night between the hours of 11pm and 7am. The curfew remained in place for a total of 891 days.

An electronic system was installed to monitor his compliance, and he was warned in the clearest terms that any breach of the restrictions could lead to a £5,000 fine, six months’ imprisonment, or both. The curfew was, however, eventually lifted by a judge after the Home Secretary conceded that it was unlawful. In a ruling that was subsequently upheld by the Court of Appeal, the man was awarded £4,000 in damages for false imprisonment.

In challenging that outcome, the Home Secretary argued that the curfew, although unlawful, did not amount to imprisonment. In rejecting the appeal, however, the Supreme Court noted that the restrictions dictated where the man should live and he was warned of dire consequences if he failed to comply with the curfew. Although it was physically possible for him to leave his home at night, his compliance with the curfew was enforced and far from voluntary.

There were sound reasons for maintaining the distinction between the established concept of imprisonment under English law – which encompasses restrictions on physical liberty short of deprivation – and the more demanding and much less nuanced concept of deprivation of liberty, enshrined in Article 5 of the European Convention on Human Rights.