It might seem obvious that the law should come to the aid of domestic servants who are trafficked into Britain and set to work in conditions of modern slavery – but what if they are employed by overseas diplomats? The Employment Appeal Tribunal (EAT) tackled the burning issue of diplomatic immunity in a ground-breaking decision. 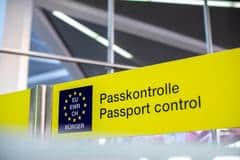 A woman of Philippine nationality was brought to the UK by a foreign diplomat to work as a servant in his official residence. She was issued with a visa on the basis that she would be a private servant in a diplomatic household. Her employment contract stated that she would be expected to work 50 hours per week, with one day off per week and one month off per year. She was to be provided with sleeping accommodation and paid the National Minimum Wage.

However, she asserted that those terms bore no relation to the circumstances in which she was in fact required to work. Claiming to be a victim of international trafficking, she said that she had been exploited by the diplomat and his family and that her treatment amounted to modern slavery.

After her employment came to an end, she complained to an ET of, amongst other things, wrongful constructive dismissal, unlawful deductions from wages and breaches of the Working Time Regulations 1998. The diplomat, who denied all her allegations, applied to strike out her claims on the basis of the diplomatic immunity from suit which he enjoyed under the Vienna Convention on Diplomatic Relations 1961, as enacted into domestic law by the Diplomatic Privileges Act 1964.

In refusing his application and directing a full hearing of the woman’s claim, the ET found that, in employing the woman, the diplomat was engaged in a commercial activity, exercised outside the remit of his official functions, and that his diplomatic immunity defence therefore failed.

In ruling on the diplomat’s appeal against that decision, the EAT noted that the law on the question of what constitutes unofficial commercial activity by a diplomat is far from clear. In a previous case involving almost identical facts, the Court of Appeal and, by a majority, the Supreme Court had reached different conclusions on the issue.

Under the doctrine of precedent, the Supreme Court’s ruling meant that the Court of Appeal’s decision was no longer binding. However, it remained persuasive and the EAT found that, given the emphatic minority opinions of the two dissenting Supreme Court justices, it continued to represent the current state of the law on the issue.

The EAT noted that it required no persuasion of the natural impulse to provide legal redress for victims of human trafficking and modern slavery. However, the concept of diplomatic immunity involved countervailing issues of high international policy. The diplomat’s appeal was allowed and the woman’s claims were struck out.