Self-Employment Has Its Benefits – But Also Its Serious Disadvantages 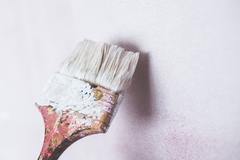 Self-employed people enjoy certain tax benefits and often place a high value on their independence. However, an instructive Employment Tribunal (ET) decision in the context of the building industry illustrated the serious disadvantages of not having employment status.

The operator of a general building firm had engaged a man to carry out painting and decorating jobs for him. After their working relationship ended, the man lodged ET proceedings, alleging, amongst other things, unfair dismissal and breach of contract. The ET only having jurisdiction to consider those complaints if the man were an employee, his status was considered as a preliminary issue.

Ruling on the matter, the ET noted that the man had been in business on his own account for many years before he even met the operator. There was no written contract between them and the man had been engaged on the clear understanding that he was a self-employed independent contractor.

The operator had carefully checked that the man was registered as self-employed with HM Revenue and Customs and had paid him an enhanced hourly rate on the basis that he would be responsible for paying his own Income Tax and National Insurance Contributions, which he in fact did.

He raised invoices for his services, which he was not contractually bound to perform personally, and was free to carry out jobs for others whilst engaged by the operator. He was not entitled to holiday or sick pay and the operator, who had no employer’s liability insurance, had no control over the manner in which he performed his work.

Having ruled that the man was self-employed, the ET dismissed his unfair dismissal and breach of contract claims for want of jurisdiction. He did not press alternative arguments that he enjoyed the status of a ‘worker’, within the meaning of Section 230(3) of the Employment Rights Act 1996, and withdrew further complaints in respect of alleged unlawful deductions from wages and arrears of holiday pay.