In an era of ever-increasing demand for new homes, large domestic gardens present a clear opportunity for so-called ‘infill’ development. As one case strikingly showed, however, such projects can be a source of considerable neighbourhood ill-feeling. 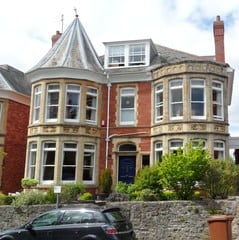 The case concerned a leafy estate of 44 detached homes laid out in 1928. All of the properties were, from the date of their first sale, subject to restrictive covenants that forbade construction of more than one house on each plot. The owner of the estate’s largest plot had obtained planning consent to construct a new house in his garden, but the covenant stood in the way of the development.

The owner applied to the First-tier Tribunal (FTT) under Section 84(1) of the Law of Property Act 1925 to modify the covenant relating to his property so as to enable him to proceed with the development. That, however, gave rise to very strong feelings amongst his neighbours on the estate, 26 of whom (the objectors) resisted the application on numerous grounds.

Ruling on the matter, the FTT noted that, in light of the grant of planning consent, it was common ground that the owner’s plans would constitute a reasonable use of the land in question. The proposed new house would be in keeping with the appearance of the rest of the estate and would be neither intrusive nor exceptional.

The FTT found that the objectors’ concerns about, amongst other things, loss of privacy through overlooking and harm to views, although sincere, were somewhat unrealistic and overblown. The value of their homes would not be diminished by the development, in that they would be no less attractive to prospective purchasers.

Arguments that the development would comprise the thin end of the wedge, paving the way for other infilling projects on the estate, also fell on fallow ground. The ‘one house only’ covenants in respect of other properties on the estate would remain in full force. The FTT concluded that retaining the covenant in unmodified form would bring no benefits of substantial value or advantage to the objectors.

The owner was granted a modification to the covenant which would enable him to implement the planning permission. Before the modification took effect, however, the FTT directed that he pay a total of £15,000 in compensation to six objectors in respect of noise and disturbance that they would suffer during construction of the new house.