Council tenants are obliged to pay utility bills like anyone else, but are they entitled to the benefit of discounted prices negotiated by local authorities? A High Court ruling on that crucial issue entitled one overcharged tenant, and a great many others in the same position, to substantial refunds. 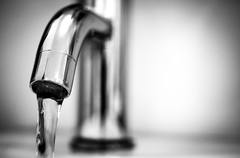 The council concerned entered into an agreement with a water company whereby it was billed directly for water provided to its tenants’ homes. The bills were in effect discounted by what was described as a ‘commission’, payable to the council, of 9.3 per cent. The commercial rationale behind that was that it reflected the benefit to the water company of simplified billing arrangements. The council also took on the burden of collecting sums due from tenants and any bad debts arising, which would otherwise have fallen on the water company.

For more than 13 years, the council collected water utility payments from its tenants which did not reflect the discount. One of the tenants took legal action, claiming a substantial refund on the basis that the council had, for an extended period, overcharged him for his water usage.

In upholding the tenant’s claim, the Court found that, on a true interpretation of the agreement, the water company’s services had been provided directly to the council and that the latter was obliged to pay for them. The Court rejected the council’s argument that its role was limited to that of an agent recovering water charges from its tenants on the water company’s behalf. On that basis, the council had operated as a reseller of water to its tenants.

Ruling that the discount should have been passed on to the tenant, the Court found that, by virtue of the Water Resale Orders 2001 and 2006, the council was entitled to recover from him only those sums that it actually paid to the water company, plus modest administration charges. The amount of the tenant’s refund has yet to be calculated. However, the Court’s decision is likely to cost the council millions in that it opens the way for a large number of other tenants who have also suffered overcharging to launch similar claims.