The purpose of the Marine Accident Investigation Branch (MAIB) is not to apportion blame for shipping accidents but to minimise loss of life at sea. The High Court made that point in ruling that an MAIB report on the causes of a grounding incident was inadmissible as evidence in private arbitration proceedings. 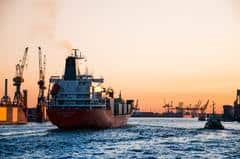 The British-registered ship’s owner launched arbitration proceedings after she twice ran aground on her approach to a Middle Eastern port. The owner claimed that her charterer was responsible in failing to ensure that the port was safe. The MAIB had produced a detailed report on the incident and the owner wished to make use of it in the arbitration. That was resisted by both the charterer and the MAIB.

In ruling on the matter, the Court noted that this was the first occasion on which the admissibility of an MAIB report in a private and confidential arbitration had arisen for decision. The issue was of great importance to the MAIB, which has the power to compel witnesses to answer questions regarding accidents on the basis that their responses will generally be inadmissible in any judicial proceedings. The MAIB’s concern was that any watering down of that principle would discourage witnesses from speaking frankly, thus undermining its objective of improving maritime safety.

The owner argued that justice demanded that the arbitration panel be permitted to consider the MAIB report, which was of unparalleled quality. However, the Court noted that the MAIB’s role is expressly not about blame, but about safety. Although the owner would suffer some prejudice in presenting its case to the panel, that was outweighed by the likely prejudice to future accident investigations that would arise if the MAIB report were admitted in evidence.

Although the arbitration would take place behind closed doors, the Court found that the proceedings would be judicial in nature. Any decision of the Court to allow the report’s admission into evidence would be in the public domain, thus potentially giving rise to the discouraging effect feared by the MAIB. The owner’s private rights, although worthy of vindication, could not outweigh the greater public interest in saving lives at sea. The report was declared inadmissible in the arbitration.