Local authorities are under a duty, so far as reasonably practicable, to accommodate homeless people in the areas where they have put down roots. The extent of that duty came under Court of Appeal analysis in an important case for social housing providers. 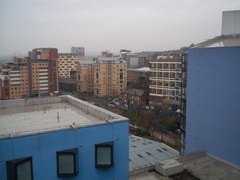 The case concerned a father and his six children. His local council owed him a full housing duty under Section 193 of the Housing Act 1996 in that it accepted that he was in priority need of housing and that he was not intentionally homeless. The family was initially placed in emergency accommodation before the father accepted an offer of a temporary home in a different local authority area.

The father, however, subsequently pointed out that one of his children suffered from type 1 diabetes and needed to live as close as possible to her school, the hospital where she was treated and her network of family and friends. On that basis, he requested that his family be rehoused in, or nearer to, the council’s district.

In rejecting that request, the council took the view that the temporary home remained suitable for the family. That refusal was later confirmed by a reviewing officer. The latter decision was, however, subsequently overturned by a judge after proceedings were launched against the council on the father’s behalf.

In rejecting the council’s challenge to that ruling, the Court noted that, by Section 208 of the Act, local authorities are required, so far as reasonably practicable, to find accommodation for housing applicants within their own administrative areas. When assessing the suitability of a property, they must also have regard to the effect on applicants’ community links of being housed outside their districts.

The Court found that the reviewing officer had erred in law in failing to reach his decision on the basis of all relevant circumstances pertaining at the date of the review. He had instead focused on the availability or otherwise of suitable accommodation within, or closer to, the council’s area on the date of the original housing decision.

Whilst expressing some sympathy with the argument that the housing burden on local authorities should not be unnecessarily increased, the Court noted that councils are under a continuing duty to keep the suitability of accommodation under review. The reviewing officer had failed to make his decision on the basis of the most up-to-date information. The Court’s ruling meant that the father was entitled to a fresh review of his housing application.