When deciding whether to enforce non-compete covenants in employment contracts, judges often have to perform a delicate balancing exercise between protection of legitimate business interests and individual hardship. A High Court ruling in a recruitment industry dispute provided a perfect example of that happening. 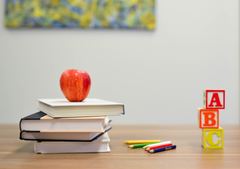 A recruitment company in the education sector launched proceedings against five of its former employees after they took jobs with a rival business. The company argued that restrictive covenants in their employment contracts forbade them from working for a competitor for six months following their departure.

The five offered to give formal undertakings that they would not, during that period, solicit or deal with any of those named on an agreed list of the company’s clients. The company, however, took the view that that did not provide it with adequate protection and sought an interim injunction against them, preventing them from carrying out any work for their new employer for the requisite six months.

The five argued that the relevant covenant was not incorporated in their employment contracts, but the Court found that the company had in that respect raised a serious issue to be tried. It also accepted that, in the event of breaches of the covenants being established, an award of damages would not provide the company with an adequate remedy.

In refusing to grant the injunctive relief sought, however, the Court noted the terms of the non-solicitation and non-dealing undertakings that the five were prepared to give, both contractually and to the Court. Requiring them not to do any work for their new employer for an extended period would cause them obvious hardship and disrupt both their lives and the competitor’s business. There was no evidence that the competitor would be prepared to continue employing them on that basis and the balance of convenience therefore fell firmly in the five’s favour.