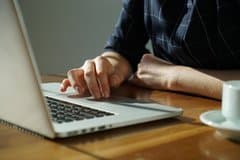 Lawyers often find themselves amidst the maelstrom of dispute when representing their clients and there is always a risk that they will themselves be targeted by those who fail to understand their role. A High Court case showed, however, that like anyone else, they are entitled to the full protection of the law.

The case concerned a solicitor who was engaged by a college to advise and assist in relation to disciplinary proceedings it had brought against one of its students. The student’s response was to cast aspersions on the solicitor’s honesty and otherwise vilify him on the Internet. The solicitor also received a string of emails from the student which he viewed as threatening or menacing.

After the solicitor launched defamation and harassment proceedings, the student failed to put in a defence to the claim. The Court found that the solicitor had established a good case that he had suffered, or was likely to suffer, serious harm to his reputation and that the student was set on intimidating him.

The Court issued a permanent injunction against the student, forbidding him from, amongst other things, harassing the solicitor or publishing defamatory statements about him. Any breach of that order would potentially be punishable by imprisonment. The student was ordered to pay £27,750 in legal costs.


General, IT, Internet and Media