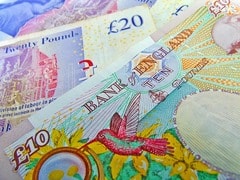 Businesses which deliver products into the human food chain unsurprisingly have to submit to strict state regulation and it is only right that they should pay the costs of such scrutiny. The High Court made that point in closing an alleged loophole by which an abattoir operator sought to avoid payment of an £82,000 bill.

When a predecessor company entered voluntary liquidation, it owed that sum by way of a judgment debt to the Food Standards Agency (FSA) in respect of regulatory services. It had the same director as the operator which, following its demise, purchased all its assets and took over management of the abattoir.

The FSA argued that the liability to pay the sums owed by the predecessor company was inherited by the operator. When the latter declined to pay, the FSA resolved to withdraw its services, without which the abattoir could not lawfully remain open. It did, however, stay its hand after the operator launched judicial review proceedings.

In rejecting the operator’s challenge, the Court found that the relationship between it and the predecessor company was that of a proverbial phoenix rising from the ashes. The FSA’s power to withdraw its services extended to the operator despite the fact that it was not the company against which the debt judgment had been obtained.

The Court noted that, if the operator’s interpretation of the relevant regulations was correct, the FSA would be at the mercy of such phoenix arrangements. The person in control of a corporate entity would be enabled to avoid payment of arrears of regulatory charges by the simple expedient of purchasing an off-the-shelf company. The FSA was therefore entitled to withdraw its services until such time as the operator paid the predecessor company’s debt.