Public authorities are bound by procurement rules of ever increasing complexity in their commercial dealings with the private sector. The Court of Appeal, however, managed to find its way through the maze in ruling that the lease of advertising hoardings on local authority-owned land fell outside the regulatory regime. 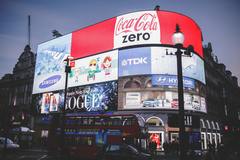 The council put leases on two roadside digital advertising towers out to competitive tender. A company which was the incumbent leaseholder bid £600,000 per annum for a 10-year term, but the leases were awarded to a competitor who offered £1.7 million per annum. The company responded by launching proceedings against the council, seeking damages for alleged breaches of the Concessions Contract Regulations 2016. The claim was, however, dismissed by a judge.

In rejecting the company’s challenge to that outcome, the Court found as a matter of general principle that services to which the Regulations apply are those which would otherwise be provided by the contracting public authority as part of its statutory obligations or in furtherance of its strategic objectives. The advertising featured on the hoardings brought no direct benefit to the council or its residents and there had been no obligation on the council to provide it.

The Court found that an exemption from the Regulations in respect of the rental or acquisition of land, existing buildings or immovable property in any event applied to the leases. They could also not be viewed as contracts for pecuniary interest by means of which the council entrusted the company with the provision of advertising services. Even had the Regulations applied, the company would not have been entitled to damages, it having underbid for the leases so comprehensively that the outcome of the tendering process could not have been in doubt.