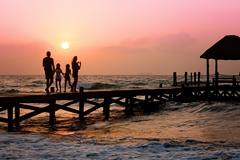 What is a mother? The High Court confronted that fundamental question in the case of a trans man who was born female, in the biological sense, but who achieved full legal recognition of his masculine gender before becoming pregnant and giving birth to a child.

The man mounted a judicial review challenge to the Registrar General of England and Wales’s refusal to register him as the child’s father. He argued that the historic definition of a mother was not fit for the modern era and that the registrar’s decision amounted to a violation of his and his child’s human right to respect for their private and family lives.

In ruling on the matter, the Court noted that, although the status of motherhood has hitherto been associated exclusively with the female gender, it is now medically and legally possible for a person whose gender is recognised in law as male to become pregnant and give birth to a child.

The Court, however, discerned a distinction between an individual’s gender and his or her status as a parent. Whilst the man’s gender was male, his parental status, derived from his biological role in giving birth, was that of a mother. That conclusion was not incompatible with human rights and the common law definition of a mother had not been altered by the passage of the Human Fertilisation and Embryology Acts 1990 and 2008 or the Gender Recognition Act 2004.

The question that the man had bravely raised was a matter of public importance and a proper subject of public debate. It was, however, primarily an issue of public policy, rather than law, and the Court observed that there appeared to be a pressing need for the Government and Parliament to squarely address the question of the status of a trans man who becomes pregnant and gives birth.