Employees who want to improve their work-life balance have a legal right to request flexibility in their working hours, and their bosses are obliged to respond reasonably. In a case on point, a seamstress was awarded compensation after her employer refused to give her Fridays off so that she could help care for her grandchildren. 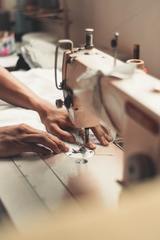 The woman had worked as an invisible mender for a small business for many years. Her two initial requests to work 30, rather than 39, hours per week were rejected, prompting her to make a third, formal, request under Section 80F(1) of the Employment Rights Act 1996. After her proposal was again turned down, she resigned and lodged a complaint with an Employment Tribunal (ET).

In resisting her claim, the employer argued that granting her request would have imposed additional costs on a business which was already facing financial difficulties and struggling to meet customer demands and deadlines. It was very hard to recruit full-time staff with the necessary skills and reorganising work schedules would have had an unwelcome impact on other employees.

In upholding the woman’s complaint, however, the ET found that the employer had failed to act reasonably in circumstances where she had offered to help cover busy periods and was committed to completing work on time. She had not received the letter by which her employer rejected her request and much of the problem could have been averted by discussing the matter with her directly.

No meeting or telephone discussion had taken place; she had not been offered the right to be accompanied by a trade union representative or work colleague, and she had been afforded no right of appeal. There were also no steps taken to ensure that she had received the refusal letter. In the circumstances, she was awarded £1,832 in compensation, the equivalent of six weeks’ pay.