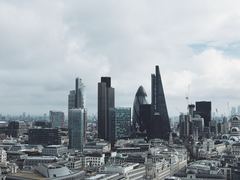 The pressure on financial traders means that deals are often struck during telephone calls that last minutes or even seconds, creating an obvious risk of costly misunderstandings, as was shown by a recent High Court case concerning the sale of debt instruments worth millions at 1,000th of their true value.

During a phone call between traders, both believed that the instruments were mere scraps. In fact, the purchaser received assets worth more than $7 million, for which it paid only about $7,000. It did not discover the discrepancy until weeks later and it took the seller, a merchant bank, well over a year to do so, by which time the trade had been formally settled. After some hesitation, the purchaser took the view that a deal was a deal and sold the instruments, pocketing the seven-figure windfall.

After the bank launched proceedings to recover its loss, the Court noted that the traders had not used legal language during the call, but that both had intended their words to have legal effect. Whilst resisting the temptation to mend a bad bargain, the Court upheld the bank’s claim, finding that, on a close analysis of the recorded phone call and other evidence, the bank’s interpretation of what had been agreed was to be preferred.

The contract, the Court ruled, was subject to an implied term that, in the event of an obvious mistake that could not have coincided with the intentions of the parties, the purchaser was obliged to correct or adjust for that error once it was picked up. Notwithstanding the bank’s surprising and regrettable lapse in failing to spot the error for so long, the Court noted that the commercial morality of the purchaser’s position had always been at best frail. Overall, the outcome of the case accorded with fairness and commercial good sense.