The Government is in long-running default of its obligation to meet EU air quality targets – but to what extent should that unfortunate fact be taken into account by planners? The Court of Appeal considered that issue in a guideline decision. 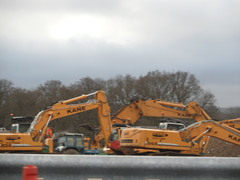 A developer wished to build up to 330 new homes on farmland but faced opposition from the local authority and a regional branch of the Campaign to Protect Rural England. The site lay within a designated air quality management area and, following a public inquiry, a government inspector refused to grant planning consent. He found that the proposal was likely to have at least a moderately adverse impact on local air quality. His decision was subsequently backed by a judge.

In dismissing the would-be developer’s challenge to that ruling, the Court found that the inspector was under no obligation to assume that the Government’s attempts to belatedly meet the requirements of the Air Quality Directive would be effective. He was also entitled on the evidence before him to express a lack of confidence that the developer’s mitigation measures would adequately address nitrous oxide emissions arising from residents’ use of private vehicles.

There had been no procedural unfairness, in that the developer was aware that the air quality issue would loom large at the inquiry and had been given a fair opportunity to deal with it. The inspector’s concerns about the effectiveness of proposed air quality mitigation measures were rational, adequately explained and represented a classic exercise of planning judgment that was not susceptible to challenge.