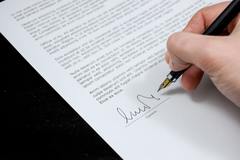 Trusts that are intended, but fail, to yield tax advantages are fiendishly difficult to untangle once created – but it can be done with the right legal advice. A businessman who transferred ownership of his home and classic car collection to offshore trusts in the forlorn hope of saving Inheritance Tax (IHT) found himself in exactly that position.

When he created the overseas trusts, the man was unaware that, having been tax resident in the UK for many years, he had also become domiciled in this country. The consequences of that mistake were dire: he faced an immediate IHT liability of at least £2.9 million, plus a recurring charge, levied at a rate of up to 6 per cent every 10 years, and an exit charge if the assets were removed from the trusts.

After lawyers launched proceedings on his behalf, the High Court found that, when he created the trusts, he was labouring under a fundamental mistake. Far from benefiting himself, his children or grandchildren, the transactions had dramatically worsened his IHT position, exposing him to seven-figure lifetime charges. The tax planning scheme was of a relatively vanilla variety for someone in his position but had achieved the precise opposite of what he had intended.

Given that he had acted in good faith, on the basis of flawed professional advice, the Court accepted that it would be unconscionable not to correct the error. Members of his family who were also beneficiaries of the trusts would also be likely to suffer if they remained extant. In the circumstances, the Court rescinded the transactions and made orders designed to put him back in the position he would have been in had the trusts never been created.