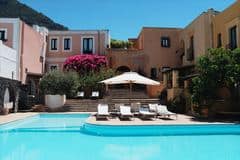 Judges leave no stone unturned in their determination to ensure that crime does not pay. In a case on point, the High Court authorised the seizure of a Spanish villa belonging to a drugs kingpin who is serving a 28-year prison sentence.

The drug trafficking offences of which the criminal was convicted involved narcotics worth £48 million. His benefit from crime was assessed at over £12 million and a confiscation order in the sum of £800,567 was made against him under the Proceeds of Crime Act 2002. That represented the entirety of his realisable assets.

A receiver was appointed to sell his possessions, including the Spanish villa, in order to satisfy that order. However, an issue arose as to whether he owned the villa after a man stepped forward to insist that it was his property. He claimed that the villa had been registered in the criminal’s name simply as a matter of convenience in order to ease the path to obtaining a mortgage.

In ruling on the matter, the Court found that the man’s claim to the villa had no merit whatsoever. Spanish documents recording its purchase made no reference to him or to him having asserted any kind of right to the property. Under Spanish law the registration of the criminal as the property’s owner was in any event decisive.

Any argument that the man had a beneficial interest in the property was bound to fail in that Spanish law recognises no such concept and the English law of trusts has no application in Spain. The Court’s ruling opened the way for the receiver to take possession of and sell the villa.