Meeting hot demand for new homes is a central objective of planning policy, but so is preserving precious green spaces. The High Court struck a balance between those two objectives in scotching plans to build hundreds of dwellings in a green wedge that divides two settlements. 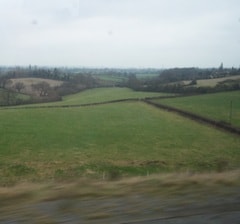 The case concerned a developer’s twin planning applications for 600 homes and for a smaller development of 165 homes within the same greenfield site. Consent was refused by the local authority, primarily to protect the integrity of the 195-acre green wedge, and that decision was subsequently backed by the Secretary of State for Housing, Communities and Local Government.

In his decision, the Secretary of State noted that the council had in place a supply of deliverable sites for new housing sufficient to last over 13 years. He acknowledged, however, that the council was not meeting the needs of the housing market as a whole in that there was a scarcity of larger, aspirational, family homes in the area, and there were also wider issues concerning homelessness and affordability. The benefits of the proposals were nevertheless outweighed by the harm they would cause to the character, appearance, openness and continuity of the green wedge.

In challenging that decision, the developer pointed out that 85 per cent of homes that had been counted by the council in calculating its housing land supply were flats. Over 80 per cent of those were in just two of the council’s wards. There were thus compelling reasons why part of the green wedge should be released for housing development.

Dismissing the appeal, however, the Court found that the objective of preserving the green wedge’s valued recreational landscape continued to be relevant and had not been overtaken by events. The need for a greater supply of affordable and family-sized homes had been taken into account and the Secretary of State was entitled to conclude that the council was on target to deliver an appropriate level of housing in the years to come.