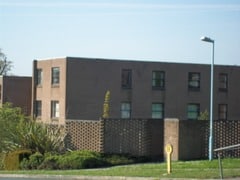 Social housing is strictly for those in need and tenants who abuse their position by subletting their homes will be dealt with severely by the courts. In one case, the head of a local authority housing department who did just that was hit hard in the pocket and had her good reputation shredded.

The woman was granted a tenancy of a social housing flat in the 1990s. Her lease required her to use the property as her sole and principal home. Over the years, however, she bought a portfolio of three properties for more than £600,000. She eventually moved out into one of them and sublet her flat to her sister.

She did not reveal her departure to her social housing landlord and continued to assert that she remained in occupation of the flat as her home. After the truth emerged, however, she was prosecuted by the local authority that employed her. She was convicted of unlawfully subletting the flat, contrary to the Prevention of Social Housing Fraud Act 2013, and received a £10,000 fine.

In dismissing her challenge to that conviction, the Court of Appeal rejected her plea that she had not given up exclusive possession of the flat to her sister and that her sister was merely her lodger. Given her position as the council’s housing chief, the jury could have been in no realistic doubt that she understood the meaning of subletting and that she knew that what she was doing was wrong.