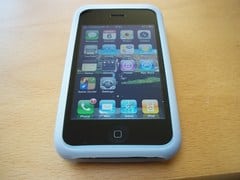 No public authority in a civilised society can raise taxes, duties or other levies without lawful authority. That fundamental principle was rigorously applied by the High Court in ordering the Office of Communications (Ofcom) to repay hundreds of millions of pounds unlawfully levied from four mobile phone operators in respect of frequency band licence fees.

The operators were required to pay the annual fees in respect of the 900 MHz and 1800 MHz bands by the Wireless Telegraphy (Licence Charges) Regulations 2011. However, the sums payable were subsequently increased – in two cases more than threefold – by further regulations introduced in 2015. After the operators launched a judicial review challenge, the 2015 regulations were declared unlawful and quashed in their entirety by the Court of Appeal.

After the operators sought restitution, Ofcom accepted in principle that they were entitled to be repaid fees that had been exacted without lawful authority. There was a dispute as to how their claims should be quantified, but the High Court found that they should receive the difference between the sums levied under the unlawful 2015 regulations and those that would have been properly chargeable under the 2011 regulations. Ruling that Ofcom had been unjustly enriched at the operators’ expense, the Court ordered it to repay the operators a total of more than £218 million.