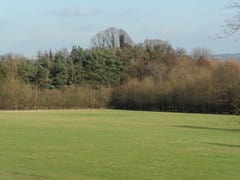 Registering land as a town or village green (TVG) is an effective means of protecting it from development – but it can also effectively sterilise sites which would otherwise be suitable for much-needed new homes. The Court of Appeal tackled that issue in a ground-breaking decision of great interest to property professionals.

The case was the first in which restrictions on TVG registrations – introduced by the Growth and Infrastructure Act 2013 – had come under high judicial analysis. The legislation inserted a new Section 15C into the Commons Act 2006 which, amongst other things, prevents applications to register TVGs where the land concerned has been identified for potential development in a local development plan (LDP).

A local authority had granted a local campaigner’s application to register a plot of land, measuring about 380 square metres, as a TVG. The land was on the edge of a market town and a neighbouring site, which lay outside the settlement’s boundary, had already been developed for housing. The land’s owner, a property developer, successfully challenged the registration before the High Court.

In dismissing the council’s appeal against that decision, the Court of Appeal acknowledged that the plot was not one of 16 strategically important sites that had been specifically earmarked for development in the council’s core strategy. However, the LDP had set a target of more than 1,000 new homes to be built in the town by 2026.

There was therefore a presumption in favour of sustainable development within the boundaries of the settlement, and the LDP’s clear statement that suitable sites in the town would be built on necessarily implied that such sites had been identified for potential development. In those circumstances, to allow the plot’s registration as a TVG would frustrate the broad objectives of the LDP.