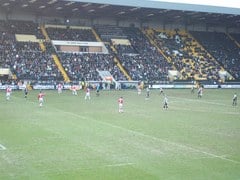 Even striking similarities between art works do not necessarily mean that one is a copy of the other or that they were produced other than independently. The High Court made that point in rejecting a man’s claim that a drawing he created as a teenager provided the inspiration for a football club’s logo.

The man launched copyright infringement proceedings against the club on the basis that the drawing he produced as an entry in a local art competition in the 1960s had been either deliberately or subconsciously copied by the graphic designer who was engaged by the club to create its logo in 1978. Explaining the delay of so many years in lodging his claim, he said that his original competition drawing had been lost and that he had only uncovered earlier versions of it in 2015.

In rejecting his claim, however, the Court accepted the graphic designer’s evidence that he had come up with the logo entirely by himself. Various scenarios put forward as to how the competition drawing may have come into his possession were wholly implausible. Given the lapse of 16 years between the creation of the two works, it was also highly unlikely that, even if he had seen the competition drawing, he had subconsciously copied it.

Although the works bore noticeable similarities, there were also differences between them. The similarities were not so striking as to force a conclusion that the logo was copied from the competition drawing and the Court had no hesitation in finding that they were coincidental.