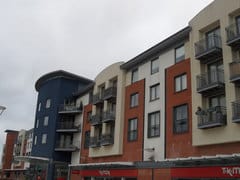 Probably the most common complaint of flat dwellers is that service charges levied by their landlords are excessive. However, a case in which the Upper Tribunal (UT) cut a water charges bill by more than £10,000 showed that, with the right legal advice, they do not have to take it lying down.

Tenants of a block of 32 flats objected to a service charge demand in respect of water and sewerage utilities in a single year. The £24,071 bill averaged more than £750 per flat – substantially more than in previous and succeeding years – and the tenants argued that it was unreasonable and far too high. Their complaint was, however, rejected by the First-tier Tribunal.

In upholding the tenants’ challenge to that decision, however, the UT noted that most of the bills were estimates and expressed puzzlement as to why the block’s water meter had not been regularly read. Analysis carried out by the tenants indicated that the sum demanded far exceeded the combined amount of bills presented by water suppliers in the relevant year.

It was possible that the landlord was intent on recovering from the tenants in respect of undercharges in previous years: however, no evidence had been presented to that effect. In reliance on the tenants’ research, and doing the best it could on the available evidence, the UT found that the landlord’s bill could not be justified and cut it to £13,631.