It is a fundamental principle of law that anyone of sound mind has the right to make a will, leaving their worldly wealth to whomever they wish – but there are exceptions. A case on point concerned a farmer’s son who was cut out of his father’s will despite having worked the land for 30 years in the expectation of an inheritance. 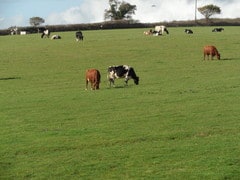 The son began working on the dairy farm immediately after leaving school at the age of 16. He estimated that he worked about 60 hours a week. His relationship with his father was not an easy one, however, and they eventually fell out bitterly over the low level of his remuneration and the strategic direction of the business.

The son ceased working on the farm after receiving an ultimatum from his father, via his solicitors. He had to move out of the cottage on the farm where he and his family had lived for many years, due to a planning condition which required that it only be occupied by someone engaged in agriculture on the farm. The father changed his will, with the effect that the farm would be inherited by the son’s younger brother.

After the son launched proceedings, the High Court found that the father had, over the years, given him assurances that he would inherit a substantial part of the farm. The son had acted to his detriment in reliance on those assurances in working long hours, for many years and for meagre pay.

In the circumstances, the Court found that the father’s decision to disinherit him was unconscionable. It was obvious that the son would not have committed himself to the farm had he foreseen that his hard work would only serve to benefit others. Had his father not encouraged the idea of an inheritance, he would have left the farm and found better-paid work elsewhere.

The Court noted that the mistrust between father and son was so great that they would not be able to resume working together. A clean financial break was thus the only practical option. The son was awarded 50 per cent of the value of the dairy business and 40 per cent of the value of the land and farm buildings. His total share came to approximately £2.7 million before deduction of tax.