Is a Failure to Build Precisely to Specification a Material Breach of Contract?

Not every breach of contract is so serious as to justify its complete cancellation. The Court of Appeal made that point in a case concerning student accommodation blocks which were not built precisely to specification. 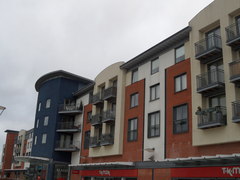 Prior to construction of the blocks, a company that specialised in providing student digs contracted to take a lease of them on completion. The contract was based on detailed drawings of the blocks and the prospective landlord was prohibited from making variations to the works which materially affected the size of rooms. A clause stipulated that a reduction in size of any room by more than 3 per cent would be deemed to be material.

After the development was certified as complete, the company refused to enter into the lease on the basis that 56 of the rooms were smaller than had been specified in the drawings and breached the 3 per cent tolerance. The company sought a declaration that it was no longer bound by the contract, but its arguments were rejected by a judge.

In dismissing the company’s appeal against that ruling, the Court noted that there was no dispute that the failure to construct the rooms to the required specification amounted to a breach of contract. However, it found that that breach was not sufficiently material or substantial to justify rescission of the contract.

The Court noted that there may be all manner of reasons why rooms are of slightly different sizes to those specified in contract drawings. It would be commercially unworkable if every departure from specification, however modest and regardless of the reason for it, were treated as a material breach of contract.

On a true reading of the contract, the parties had agreed that any room that fell outside the 3 percent tolerance was materially smaller than specified in the drawings and that that would be a breach of contract. However, there was no agreement that such a breach would itself be material. The contract therefore remained on foot and the landlord was entitled to seek its enforcement.