Immigration Act Found to Have Discriminatory Impact on Property Rental

The Government is not immune to the law of unintended consequences and the High Court has found that legislators would be aghast if made aware of the discriminatory impacts of provisions designed to discourage private landlords from renting properties to illegal immigrants. 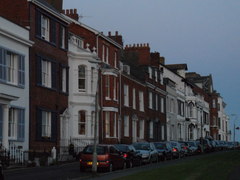 Under the Immigration Act 2014, landlords are forbidden to rent properties to those who have no right to reside in England and Wales. They are required to perform thorough documentary checks on prospective tenants and landlords who knowingly or recklessly fail to comply with the scheme are subject to fines or imprisonment.

With the support of, amongst others, the Residential Landlords Association, the Joint Council for the Welfare of Immigrants launched judicial review proceedings on the basis that the scheme has had the unintended consequence of encouraging landlords to commit acts of race or nationality discrimination. The burdens and penalties imposed by the legislation meant that many landlords who had no wish to be discriminatory were nevertheless favouring British or EU citizens over other nationalities. The end result was that many tenants who were perfectly entitled to live in England were encountering significant difficulty in renting homes.

In upholding the challenge, the Court noted the seller’s market that had resulted from the scarcity of rented accommodation. Landlords frequently had a choice between competing prospective tenants and were inevitably influenced in that choice by the heavy administrative burden, and potential penal consequences, of renting properties to overseas nationals.

In those circumstances, the Court found that the scheme not only provided the occasion or opportunity for landlords to discriminate but caused them to do so where otherwise they would not. The Government could not wash its hands of responsibility for such discrimination on the basis that some landlords were acting contrary to the intentions of the scheme.

The Court noted that the Government is entitled to a large margin of appreciation in adopting legislation for socio-economic reasons. Such considerations lie within the domain of the executive, not the judiciary. Even according such respect, however, the scheme could not be justified in that its benefits were outweighed by its disproportionately discriminatory effect. The Court also found on the evidence that the scheme had had little or no effect in discouraging illegal immigration.

The Court issued a formal declaration that the scheme is incompatible with the ban on discrimination and the right to respect for privacy and family life, contained respectively in Article 14 and Article 8 of the European Convention on Human Rights. The Court also found that extending the scheme to Scotland and Northern Ireland without further evaluation of its efficacy and discriminatory impact would be irrational and amount to a breach the Equality Act 2010.