Iconic glass-clad tower blocks are sprouting all over the UK, but their construction is replete with technical challenges and, if things go wrong, the financial consequences can be severe. A High Court case on point concerned potentially dangerous defects in more than 1,300 glazed panels affixed to one such building. 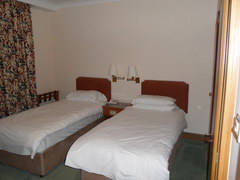 Eight years after the building’s completion, it was discovered that the glazing panels were inadequately bonded together and that they were in danger of disintegrating. Pressure plates were swiftly screwed in place to hold the panels securely in position, but that step was recognised to be only a short-term expedient. The plates had, however, remained in place for several years.


That prompted complaints from the long leaseholder of the building’s lower 23 floors, which housed a four-star hotel. That lease had been purchased prior to the building’s completion for £60 million. The presence of the plates was said to adversely affect the appearance of the building, making it less attractive to guests. Safety barriers and hoardings that had been installed at ground-floor level were also alleged to impact on the hotel’s business and to reduce light levels in its foyer.


The leaseholder launched proceedings against the building’s freeholder, claiming that the continued presence of the plates, and the failure to find a permanent remedial solution to the problem, amounted to a breach of the freeholder’s obligations under repair and maintenance covenants in the lease.


The freeholder accepted that the plates were only intended to be temporary, but argued that they were a sufficient remedial solution in the circumstances. Matters had been complicated by the insolvency of the main contractor engaged in the building’s construction, but the freeholder was taking steps to secure the funding required for a permanent solution.


In upholding the leaseholder’s claim, the Court found that the glazing panels were not in good or substantial repair and that the freeholder was in breach of the terms of the lease. The Court made an order of specific performance requiring the freeholder to restore the building’s façade to the same condition, both aesthetically and otherwise, that it was in when the lease was executed.


Proposals for such works were already in place, but the freeholder was given liberty to apply to the Court if, on the basis of expert evidence, it was established that those works would be impracticable or disproportionately expensive. The Court also ordered removal of the hoardings, whilst maintaining the freeholder’s ability to retain public exclusion zones around the building for the duration of the works.