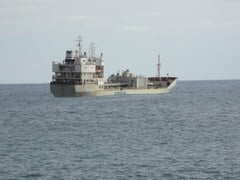 Judges often have opportunities to bring about fundamental changes in the law, but they always keep a weather eye to the impact of such changes on the real world. In a case on point, the Court of Appeal declined to alter the long-standing principles of maritime law that ships can be arrested as of right and that damages for wrongful arrest are only payable in the event of bad faith, malice or gross negligence.

The case concerned a merchant vessel against which a bank loan of $15.7 million had been secured. The ship was arrested at a British port after the bank claimed that there had been a default event under the loan agreement. The shipowner launched proceedings, arguing that there had been no such event, but a judge refused to order the vessel’s release.

In challenging that ruling, the shipowner pointed out that it was suffering catastrophic loss as a result of the ship’s arrest and unavailability for charter. It was argued that the ship should be released unless the bank was willing to give a cross-undertaking that it would pay the shipowner damages if it subsequently turned out that her arrest was unjustified.

In rejecting the appeal, however, the Court noted that, if the shipowners’ arguments prevailed, there was no doubt that established principles of maritime law would be undermined. Given the international nature of the maritime industry, such a ruling would have ramifications around the world.

In ruling that the status quo should be maintained, the Court noted that systems and arrangements worldwide are premised upon the existing state of the law. There was no, or no significant, pressure from the maritime industry to change the principles in issue and the case against such an overnight change was overwhelming.

The analogy between maritime arrests and interlocutory asset freezing injunctions – in which cross-undertakings in damages are usually required – was neither exact nor compelling. The change in the law proposed by the shipowner would have a chilling effect in that, even in apparently meritorious cases, the use or threatened use of powers of maritime arrest would be deterred by a requirement to give cross-undertakings in damages.