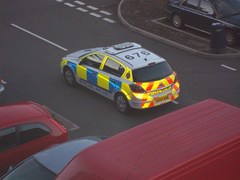 The police do a difficult job, but when they breach their duties and injury or death results it is only right that compensation is paid. In one case, a judge ruled that officers violated the human rights of a teenage motorist who died in a high-speed chase and awarded his mother and partner £8,800 in compensation.

The 19-year-old was driving normally before he saw a police car’s flashing blue lights and took off. With the squad car in hot pursuit, he reached speeds of up to 109mph, and averaged 92mph, before he ploughed into the central barrier. His car barrel-rolled and he was thrown through its window, suffering fatal injuries.


His mother and partner, who gave birth to his only child after his death, launched proceedings against the relevant police force, arguing that officers had, in breach of Article 2 of the European Convention on Human Rights, failed in their duty to protect his life.


In upholding their claim, the judge noted that the driver of the pursuing police car was only trained as a standard response driver and was not authorised to travel at more than 20mph above the speed limit. However, the highest speed he reached during the four-minute pursuit was 95mph.


He failed to communicate important information to his control room and the judge found that he failed to perform at the level required. Had he or the control room properly assessed the risks, the chase would have been called off. The force breached its operational duty and its own policy in continuing to authorise the pursuit.


The judge also criticised another police driver who positioned his almost stationary car in the nearside lane of the road where the accident occurred. That created a foreseeable danger, causing the teenager to swerve. Had the police car not been there, the probability was that the crash would not have occurred.


The judge found that the teenager was 60 per cent responsible for the accident. He had chosen to speed off, not to stop and to continue to drive as he did. He also had only a provisional licence, was not wearing a seat belt, and had traces of cocaine in his system.


On the basis of 40 per cent liability, the teenager’s mother was awarded £4,800 in damages, and his partner £3,200, for the anguish and distress they have suffered as a result of his death. The judge awarded a further £800 to reflect the distress and suffering the teenager endured in the minutes before he died.