Are Supermarket ATMs Separately Rateable? Court of Appeal Says No 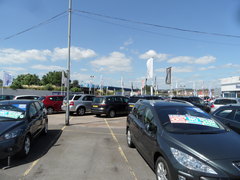 If a retailer permits a bank to install an ATM on part of its premises, does the plot of land concerned form a separate entity for the purposes of non-domestic rates? In a case with substantial financial and other implications, the Court of Appeal has authoritatively answered that question in the negative.

The case concerned many thousands of ATMs that remain the property of banks but are placed either within, or on exterior walls of, supermarkets and smaller shops. Various local authority valuation officers took the view that sites on which the ATMs stood were rateable in their own right.


That meant that banks were liable to pay rates on those sites and, in most cases, no corresponding reduction was granted in the rateable value of shops at which ATMs were located. The matter came before the Court in circumstances where a number of appeals against Valuation Officers’ decisions were pursued before the Valuation Tribunal for England, but only some were successful.


In upholding appeals brought by retailers, banks and a company that specialises in installing ATMs in small shops, the Court noted the established principle that, where a person in possession of premises has given another possession of part of those premises, he nevertheless remains in rateable possession of that part, save where the other person has exclusive possession.


ATMs were viewed by retailers as part of their overall offer to customers. The retailers had, in the case of both internal and external ATMs, retained sufficient control of the relevant sites, in contractual, physical and functional terms, to be regarded as being in paramount occupation of the same. In those circumstances, the sites on which ATMs stood were not separately rateable.