All workers are entitled to rest breaks, but special rules apply to railway employees whose work is linked to timetables and the overriding need to keep public services running. In an important case for the industry, those rules have come under analysis in the Court of Appeal. 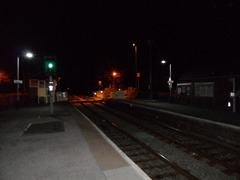 The case concerned a railway signalman who worked eight-hour shifts at single-manned boxes. He had no rostered breaks and was expected to take rest periods during naturally occurring gaps in the timetable. He was required to remain alert and continuously on call. He complained to an Employment Tribunal (ET) that the lack of contractual provision for 20-minute continuous breaks breached his rights under the Working Time Regulations 1998 (WTR).

In rejecting his claim, the ET found that the signal boxes at which he worked were not very busy, with only about six trains passing each hour, and that maintaining the concentration of signalmen posed a problem. Although he was not entitled to take uninterrupted breaks lasting 20 minutes, he had the opportunity to take rest periods during each shift which, in aggregate, totalled well in excess of 20 minutes. The ET noted that his employer, Network Rail Infrastructure Limited (NRIL), had encouraged him to take such compensatory breaks and that he had not requested any change in his work pattern in the three months prior to lodging his complaint.

The ET’s ruling was, however, subsequently reversed by the Employment Appeal Tribunal (EAT) on the basis that, during some of his shifts, he had no opportunity to take a 20-minute continuous break. It would have been possible to provide such a break had his employer provided a relief signalman. It is that decision which NRIL is now challenging on the basis that the EAT erred in law.

Under Regulation 12 of the of the WTR, workers whose shifts last more than six hours are entitled to 20-minute continuous rest breaks, during which they are not on call and can be away from their work stations. The signalman’s lawyers concede that Regulation 12 does not apply to him because he is a railway worker bound by network timetables.

It is, however, common ground that, by operation of Regulation 24, he is entitled to compensatory breaks. The central issue on the appeal is whether the signalman’s work pattern met that requirement. NRIL argues that the EAT was wrong to find that his ability to take breaks lasting well over 20 minutes in aggregate during each shift did not satisfy the health and safety objectives of the WTR.