Public contract tendering exercises must be fair and transparent and those who feel that their bids have been wrongfully rejected should seek legal advice straight away. A High Court case on point concerned a five-year contract, worth £730 million, to provide logistical services to the NHS. 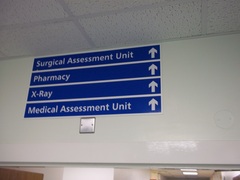 The contract was the largest awarded in a £1.2 billion procurement process that was designed to achieve root and branch reform of NHS supply chains. The company that had previously provided the relevant services was marked lower than a rival following a tendering exercise, but launched a challenge to the result under the Public Contracts Regulations 2015.

The company argued that the Department of Health and Social Care had committed manifest errors in marking the bids. It was alleged to have failed to apply published selection criteria and to have breached its duties of transparency and equal treatment. By operation of the Regulations, the award of the contract to the rival was automatically suspended pending resolution of the dispute.

In refusing to award the company summary judgment on its claim, the Court found that, although there was a serious issue to be tried, the Department had a real prospect of successfully defending the case. It also ruled that the suspension should be lifted, enabling the contract to be awarded forthwith.

In ruling on the latter point, the Court accepted that it was unlikely that the company could be adequately compensated by damages if it turned out that the contract had been wrongfully awarded. However, the same was true of the Department if the award were delayed by unjustified criticisms of the tendering process.

The Court noted that the contract was the final link in a procurement process that it was hoped would free up scarce resources from the NHS supply chain and release funds for patient care. A further delay in the award would risk disrupting a key part of a process of reform that was designed to benefit patients. In those circumstances, there was a clear public interest in lifting the suspension.