Disappointed parties to contract adjudications often cite alleged breaches of natural justice as a reason why awards should not be honoured. However, a High Court case concerning the design and installation of an airport baggage handling system showed just how hard it can be to prove such allegations. 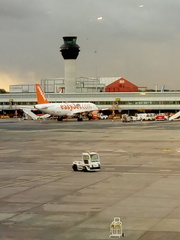 In rejecting those arguments, the Court could detect no inconsistency between the adjudicator’s award and findings he had made in one of the previous adjudications. Whether the adjudicator was right or wrong was not a matter for the Court on an enforcement application and there no difficulty in discerning the reasons for his decision.

The subcontractor’s complaint that the adjudicator acted unfairly in failing to direct disclosure of material from an earlier adjudication, involving the main contractor and another party, were also rejected. He had not been asked to make such a direction and no material had been placed before him that would have required him to do so. In the circumstances, the main contractor was granted summary judgment in the full amount of the adjudicator’s award, plus interest.