Don’t Assume That English and Welsh Planning Policies Are the Same! 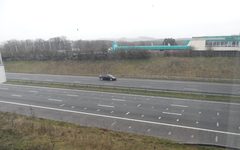 Devolution means that planning policies on either side of the English/Welsh border are significantly different and divergence between them is increasing over time. The Court of Appeal made that point in scotching plans for a roadside service area just outside a Welsh town.

The site, which was 45 metres beyond the town’s boundary, was already home to a petrol filling station and two fast food restaurants. However, a developer wished to turn it into a fully-fledged service area with more extensive facilities. Planning consent was, however, refused by the local authority and that decision was subsequently upheld by a planning inspector and the High Court.


In dismissing the developer’s appeal against the latter decision, the Court of Appeal noted that, in Wales, planning policies are rigorously focused on ensuring that retail and commercial projects are concentrated on existing settlements. A sequential test is applied in the principality, with available town centre sites being preferred as a matter of course over edge-of-centre or out-of-centre areas.


The council had allocated a site for retail development within the town’s boundary and, on a true interpretation of the relevant Welsh policies, the inspector was entitled to find that the absence of need for the service area was decisive. That interpretation also chimed with local planning policies. Given the existing buildings on the proposed site, an exception to the sequential test that applies to projects that are associated with the provision of new infrastructure could also not avail the developer.


The Court noted that its decision highlighted significant differences between Welsh and English planning policies and the dangers inherent in assuming that they are the same. Such divergence was unsurprising, given the devolved nature of town and country planning in Wales, and was likely to become greater over time. A new National Development Framework for Wales was being prepared and, when introduced, was likely to increase the pace of change in the principality.