If a trusted employee with in-depth knowledge of your trade secrets resigns to join a competitor, it can pose a major threat to your business. However, as a High Court case showed, expert lawyers can move swiftly to enforce your rights and minimise the damage. 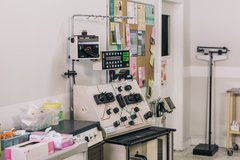 The case concerned the former sales director of a medical equipment company who took employment with a competitor on the next working day after his resignation. He held a lynchpin role within the company, of which he was a registered director, and remained a 40 per cent shareholder of its parent company.

The company speedily launched proceedings and sought a pre-trial injunction against him. In granting the order sought, the Court found that the company was very likely to succeed at trial in establishing that his employment contract incorporated various restrictive covenants.

Amongst other things, they forbade him from working for a competitor or soliciting the company’s clients for six months following his resignation. The Court ruled that the company had a strong argument that the covenants were neither unreasonable nor an unlawful restraint of trade, and that they were thus enforceable.

The man’s contract also contained a clause by which the company sought to prevent him disclosing confidential information concerning its business, products, affairs and finances. That clause, the Court ruled, was probably too wide to be enforceable in that it purported to run indefinitely and extended beyond the preservation of trade secrets.

The company was, however, likely to succeed at trial in arguing that he was subject to an implied contractual duty of confidentiality in respect of, amongst other things, its customer data, profit margins and pricing strategy. The company had a better than arguable case that, unless restrained from doing so, he was likely to act in breach of his explicit and implied contractual obligations and that such conduct would harm the company’s business.