Are ‘deductions’ from workers’ pay in respect of living accommodation and training costs to be viewed as ‘reductions’ capable of bringing their remuneration below the National Minimum Wage (NMW)? The Employment Appeal Tribunal (EAT) addressed that burning issue in an important test case. 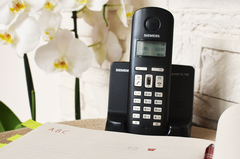 The case concerned a telemarketing company which required new employees to undergo a minimum of three days’ paid induction training for their roles. If they left the company within 12 months, deductions were made from their salaries in respect of the costs of such training.

A number of workers were also provided with living accommodation by a property company (the landlord) which was wholly owned by the employer’s chief executive and sole proprietor. Some of them elected to pay their rent to the landlord via deductions from the wages payable to them by the employer.

HM Revenue and Customs (HMRC) took the view that both types of deduction were ‘reductions’ for the purposes of the National Minimum Wage Regulations 2015 and had the effect of reducing the pay of 359 workers to below the NMW. Notices of underpayment were raised against the company, totalling £53,000, and penalties of £28,000 were imposed.

After the company challenged that decision, an Employment Tribunal (ET) found that the deductions in respect of accommodation costs were not ‘reductions’ from workers’ pay. It reached the opposite conclusion, however, in respect of the training costs. HMRC and the employer respectively appealed and cross-appealed to the EAT against those parts of the ET’s decision not in their favour.

Rejecting HMRC’s appeal in respect of accommodation costs, the EAT found that the accommodation was not provided by the ‘employer’, within the meaning of Regulation 14 of the Regulations. The deductions in that respect thus did not fall to be treated as reducing the amount of pay for NMW purposes.

The EAT noted that the ET focused on the narrow issue of how the word ‘employer’ should be defined. Had it considered the broader question of whether the employer was responsible for the provision of accommodation, it may well have reached a different conclusion. That, however, was not the way in which the case had been argued before the ET.

Rejecting the employer’s cross-appeal in respect of training costs, the EAT observed that training was a mandatory requirement, imposed by the employer upon all new employees. It was no different from an obligation to wear a uniform or to have tools required for a job. The ET did not err in regarding the training costs as expenditure in connection with employment even though the deductions were contingent on the event of a worker leaving the company within 12 months.