If you feel that you have been unfairly denied a public contract, you should consult a solicitor straight away because any delay in launching proceedings can be fatal to your rights. In a High Court case, a trucking company which lost out in a multi-million-pound local authority contract race found that out to its cost. 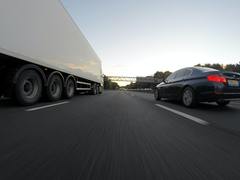 The company tendered almost £7 million for a contract to supply cabs and trailers to serve waste re-processing facilities that the council operated through a corporate vehicle. The invitation to tender required that the interiors of cabs supplied must be of sufficient height to enable a person to stand up. The company was disqualified from the tendering process on the basis that that mandatory requirement had not been met. The contract was awarded to a trade rival notwithstanding that its bid was, at least in financial terms, substantially less favourable to the council.

The company responded by challenging the legality of the tendering process under the Public Contracts Regulations 2015. It was, amongst other things, argued that the standing height requirement was a mere technicality which was at best ambiguous and open to interpretation. In parallel proceedings, the company also sought judicial review of the disqualification decision on the basis that it was irrational and procedurally unfair.

In shutting the door on both claims, the Court noted that, under the Regulations, the company had 30 days in which to launch its challenge. That time limit – which began to run when the company first knew, or ought to have known, that it had grounds for complaint – had been substantially exceeded and it had put forward no good reason why it should be extended.

The company’s judicial review application had also been brought too late and there was no compelling reason, of public policy or otherwise, why it should be permitted to proceed out of time. Waiving the time limit would create a real risk of prejudicing the position of the successful tenderer, which had already invested heavily in employing staff and upgrading its vehicle fleet with a view to meeting its obligations under the contract.