It is hard to conceive of a more draconian order than one which requires demolition of someone’s home on the basis that it is in a hazardous condition. That view was apparently shared by a tribunal which granted a reprieve to a householder who was ordered to tear down his family home of more than 50 years. 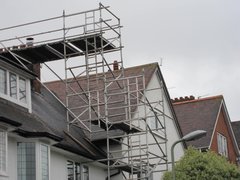 The man moved into the house with his parents and grandmother in 1963 but, more recently, had to move out due to damage caused by a burst pipe. After receiving complaints from neighbours concerning rat infestation, the local authority inspected the property. Lacking central heating, its damp floors were rotting and sagging under the weight of the man’s possessions and ceilings had collapsed.

On the basis that the property was uninhabitable and in a seriously hazardous state, the council issued a demolition order under Section 265 of the Housing Act 1985. The man denied that the property’s condition was as bad as the council asserted and espoused an intention to refurbish it. His challenge to the demolition order was, however, rejected by the First-tier Tribunal (FTT).

Allowing his appeal, the Upper Tribunal (UT) noted that the local authority had been invited by the FTT to present expert evidence concerning the cost of returning the property to a habitable state. The man was afforded no such opportunity and that amounted to procedural unfairness. The FTT had expressed misgivings about the lack of expert valuation evidence and that should have prompted it to overturn the demolition order.

The man being in poor health and in receipt of benefits, the council had expressed doubts as to his financial and physical ability to get the necessary works done. The UT, however, found that insufficient consideration had been given to the possibility of issuing him with an improvement notice, a less serious alternative to a demolition order.  In sending the matter back to the FTT for rehearing, the UT directed a 12-month stay on further proceedings in order to afford the man an opportunity to put refurbishment works in hand.