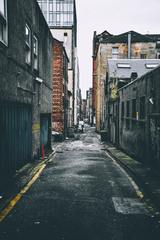 Reconstructing road accidents which involve multiple vehicles and individuals, all of them coming together in complex sequences of events lasting seconds, poses an enormous challenge. In guaranteeing a gravely injured pedestrian substantial compensation, however, a judge succeeded in producing order from chaos.

The pedestrian was one of about 15 young men who congregated in an urban street in the early hours of the morning. Following an altercation between two rival groups, many of whom had been drinking, the driver of a Ford Focus deliberately drove at the pedestrian’s group. The pedestrian suffered a fractured right knee during that incident.

The carnage continued as a Mercedes accelerated away with the pedestrian spreadeagled on its bonnet. He was propelled backwards onto the road after the Mercedes braked sharply. The Ford Focus then returned to the scene and drove over the pedestrian, dragging him along the road for more than 30 metres.

The pedestrian suffered multiple injuries, including a fractured skull, two distinct forms of brain damage, a fractured vertebra, abrasions and friction burns. He faced a lifetime of disability and, although he may have been involved in the altercation, it was not suggested that he was to blame for any of his injuries.

After proceedings were launched on his behalf, the judge noted that the identity of the Mercedes driver had not been established. Following the incident, the driver of the Ford Focus admitted having caused serious injury to the pedestrian by dangerous driving and received a lengthy prison sentence.

During an eight-day trial, the judge was asked to discern, so far as possible, the precise course of events, exactly how the pedestrian came by his most serious injuries and which of the two drivers bore responsibility for each of them. He found on the evidence that the Ford Focus driver, and his motor insurers, were liable to compensate the pedestrian for all of his injuries. If not agreed, the amount of his damages award would be assessed at a further hearing.