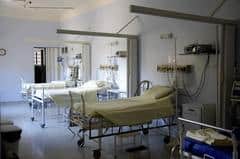 It is a popular misconception that workplace whistleblowing protection is available to anyone who points a finger of accusation. As an Employment Appeal Tribunal (EAT) ruling underlined, making allegations is one thing and providing actual information in what you believe to be the public interest quite another.

The case concerned a technical reviewer who worked for a company which assessed medical devices and, if appropriate, certified them as fit for purpose, safe and effective. She had been in the job for about two years when she was dismissed on the basis that her work was not considered to be up to the required standard. She complained to an Employment Tribunal (ET) that her dismissal was motivated by her whistleblowing activities and was thus automatically unfair.

In rejecting that claim, the ET found that, of the 17 alleged protected disclosures on which she relied, three had not been made. Ten of them did not contain information which tended to show that a criminal offence, health and safety breach or other wrongdoing had occurred or was likely to occur. Another, in the form of a grievance letter, had been properly investigated by the company.

Two of her disclosures, concerning overtime pay and the risk to her of travelling home alone at night after working late, did contain information. However, they had been made in connection with her personal desire to be paid overtime, rather than because she believed them to be in the public interest.

One disclosure, concerning the duty to ensure adequate labelling and instructions for use of a medical device, tended to show a breach of a legal obligation and had been made by the woman in the reasonable belief that it was in the public interest to do so. The ET, however, found that that disclosure did not cause or contribute to her dismissal, the sole reason for which was her poor performance.

In dismissing her appeal against that outcome, the EAT rejected her argument that the ET had taken too narrow an approach to defining what does and does not constitute a protected disclosure. The ET had correctly summarised the law in saying that whistleblowing requires factual information to be conveyed and that simply making accusations against an alleged wrongdoer is not enough.

The EAT acknowledged that the distinction between allegation and information must not be too rigidly drawn. However, the ET had not fallen into that error and was entitled to find that the majority of the woman’s allegations lacked the factual content and specificity required to qualify as protected disclosures.